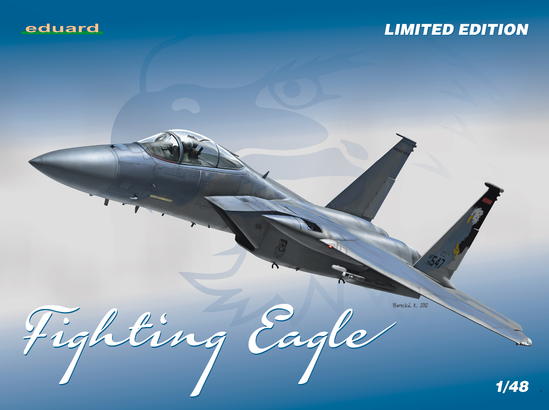 Limited edition of the F-15A/C in the 1/48 scale is based on Academy plastic parts. The increasing value of that kit is made by the Eduard additional detailing sets.

The Eduard Brassin accessories covers the pilot’s seat, engines exhausts and wheels. Other details are included in the photo-etched color set.

The decal sheet, designed by Eduard and printed by Cartograf features four colorful and attractive markings for USAF F-15s.

Brassin - resin & photo-etched accessories for scale plastic kits.
Write Product Review
You have to be logged in to write a review. No review available for this item.
Top of page