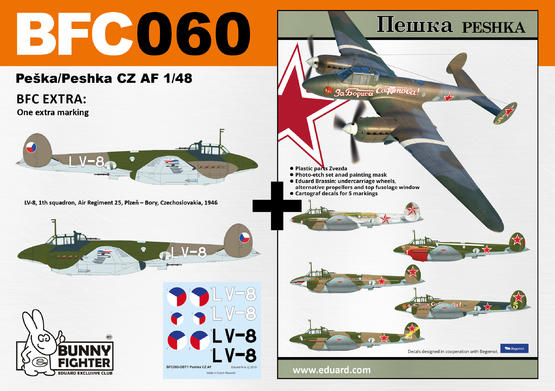 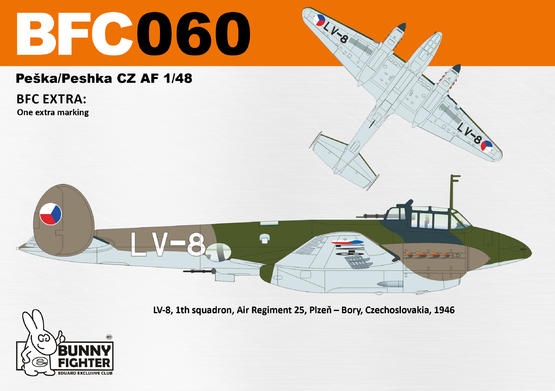 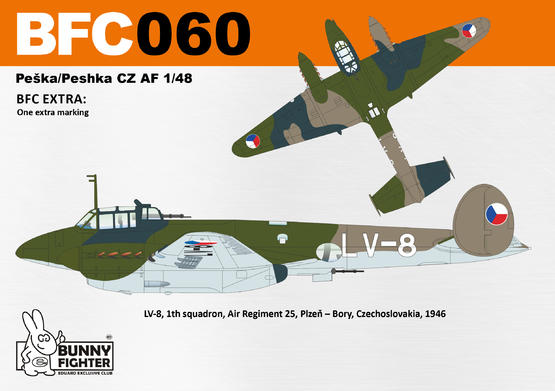 The alternative resin parts for late Pe-2 series.
Decals designed in cooperation with Begemot Decals.
Re-release.
The decals for one Pe-2 flown by Czechoslovak AF during late 40ties as a BFC bonus items.

Brassin - resin & photo-etched accessories for scale plastic kits.
For kit: EDUARD, ZVEZDA
Write Product Review
You have to be logged in to write a review. No review available for this item.
Top of page
You just added a product to the cart.