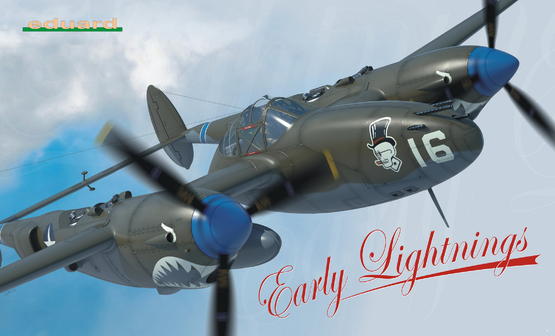 Limited edition of the P-38F/G/H Lightning (early versions)  in the 1/48 scale is based on Academy plastic parts.

The increased value of this kit is added by the Eduard additional detailing sets (exclusively included in this kit only).

The Eduard Brassin accessories covers the cockpit (pilot’s compartment bay, pilot’s seat, armor plate behind the seat,  radio equipment), the superchargers (the entire supercharger, plus the supercharger intakes located on the engine sides) and landing gear wheels (including the front wheel, with superb details on their discs, also as the fine tire pattern).

Advantageous set of photo-etched and mask sets.
For kit: ITALERI

Masking sheet - die-cut adhesive shapes.
For kit: HASEGAWA
Write Product Review
You have to be logged in to write a review. No review available for this item.
Top of page