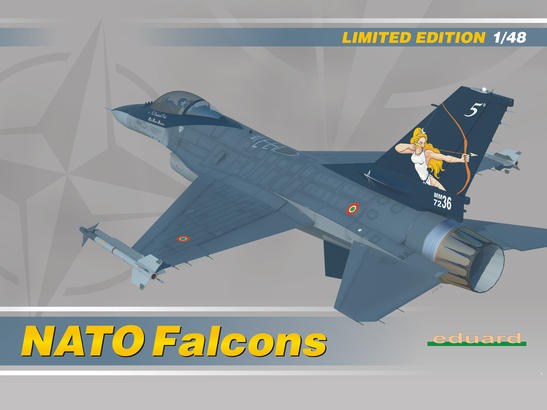 Limited edition of the F-16A in the 1/48 scale is based on Kinetic plastic parts.

The increasing value of that kit is made by the Eduard additional detailing sets.

The Eduard Brassin accessories covers the pilot’s seat, engine exhaust and wheels. Other details are included in the photo-etched color set.

Read the history article about this kit in Info Eduard August 2012.